Okay before I start I just wanna say 1) THE SHOW WAS AWESOME!, and 2) Yes I know I have seriously lousy pictures but I hope with this article I can convince Az Samad and Yin (his girlfriend) that I deserve to leech off their pictures taken by a better camera *grin*

For those who may not know Az Samad, he is a very talented guitarist who has performed not only in various music joints around Malaysia, but also in the United States, Europe and Asia. He specialises in fingerstyle picking, and composes his own music, aside from playing other melodies.
Side info: PC.com has featured him in April 2012’s issue, check him out!

Below is a video of one of his gigs at No Black Tie last December, with Zalila Lee on percussions as well:

So tonight’s gig comprised mainly of Az Samad, duo’ed with Zalila Lee (Djembe/Logarhythm), with guest musicians  Florian Antier (Cello) and Reza Salleh (Spoken word/Vocals/Guitar), with a surprise performance by Davina Goh. Divided into two sets, they are as follows:

Again, this is the part where I say I have no good pictures and hope to persuade Yin to share the good stuff with me haha.

The accoustics of No Black Tie was pretty darn good and every note (and mistake) was heard loud and clear – just to give credit where due. Each musician was great at their respective instruments, and being a (floundering) guitarist myself, I have to say that tonight’s performance was really good.

Now, I’m no musical critic here; heck I’m not much of a writer myself, so I won’t even try to “review” any song. But I will say this – the final ensemble played by all 4 musicians at the end was simply mind blowing. I was mesmerised throughout the two final songs, and you could tell that the rest of the audience was every bit as captivated as I was; seeing how nobody made a sound all the way till the end until Reza said “thank you”. I hope Az puts it up on Youtube so I can update this post to share it with you guys 🙂

Though this was mostly a purely instrumental gig tonight, we had two performances which were – how should I say this – uniquely different.

Firstly, at the end of the First Set, we had a surprise performance by Davina Goh who managed to drop by. It’s funny how words fail me right now, as her performance involved many words… Picture this – Davina tells a funny story in the tone of a nursery rhyme, and  acts/gestures accordingly; while Az and Zalila act as musical accompaniments. Words simply fail to express how funny this was, and it really got the audience cracking with laughter – again, video request cue to Yin(!)

Update: The video is finally up! Thanks Az!

Secondly, the Spoken Word by Reza Salleh was a big hit among the audience. Picture a stand up comedy with really – and I mean, REALLY lame one-line jokes. Like, “how do you put an elephant into a fridge in 3 steps? One – open the fridge door. Two – put in the elephant. Three – close the fridge door”. Lame? Beyond lame. But when you add in fingerpicking with percussions, whoa it’s a whole different atmosphere! There was so much participation from the floor and we laughed so hard that honestly it felt more like a stand up gig than a guitar gig; I think that Reza and the rest were very happy with how things turned out. I hope they evolve this for future gigs because it’s a definite winner.

I certainly look forward to Az’s next gig, and if you are a fan of fingerstyle picking on the guitar, or if you enjoy good music, then you won’t go wrong with Az Samad. Of course, there are many other great musicians out there and I hope to have the chance to listen to them someday. But that is a story for another time 🙂

As an educator, Az has been on the faculty of Berklee College of Music’s Summer Guitar Sessions and has taught workshops at Wesleyan University in Middletown, Connecticut; Culturefest in Pipestem, West Virginia; and The Freight & Salvage in Berkeley, California. His latest release is love letters EP, an improvised solo acoustic guitar concept album in the same spirit as his 2010 album Emo Attack Turtle. His upcoming performance includes an European tour with California singer-songwriter Tara Linda including shows in Spain, Belgium, Holland and Germany. Download a free 7-song compilation at www.azsamad.com.

Zalila Lee is a Klang Vally bred singer-songwriter (acoustic guitar & vocal). Rhythmically driven with the blues strapped in, this folk singer-songwriter brings thoughts and stories into her music. She has played at numerous shows such as The Mont Kiara Jazz Fest, Fete De La Musique, Esplanade Singapore and Urbanscapes, KL.

“Bombarded with copious amounts of Top 40 gamma rays as a child, I owe much of my young singing career to growing up in the 90s and a whole range of musical influences too random to mention. My music is a mish-mash of elements drawn from a combination of things that go on in my head and whatever music I’ve been listening to in the past 10 years or so. Think alternative folk meets pop rock meets jazz meets grunge meets growing up in Malaysia meets the blues. Alternates between being dark, cheeky, heartfelt and confused”.

His studies and performance skills has landed him places in the Paris Philharmonic Orchestra and the Orchestra of Troyes. His involvement in concerts include contemporary music, improvisation, experimental and jazz music performances. Florian also has a BA in Translation Studies and TEFL (Teaching English as a Foreign Language). Fluent in French, English and is currently a moderate Mandarin speaker! 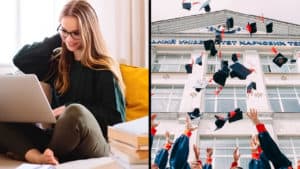 Should you go to college, or just self-study online?